The State announced that they are standardizing the hours of all state run liquor stores including the downtown liquor store next to Bothell’s Rite Aid. Our Bothell Liquor Store will be open 1 hour later Monday-Friday and 2 hours later on Saturday. Many state liquor stores will be open on Sunday as well (58 stores in fact, not ours of couse). 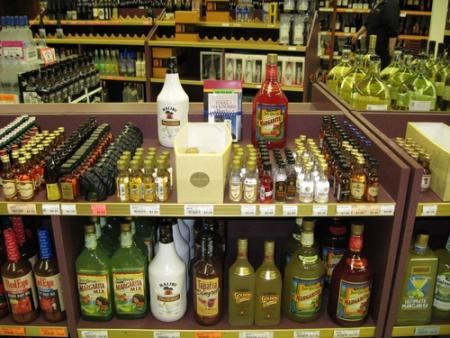 Another interesting fact is that it appears that the State of Washington will be experimenting with SAMPLING at some of their stores.. few details were listed, but it was part of the new proposed plan.

So now that booze will be flowing later here in Bothell, how will this impact our local night life which is pathetic at best. Many people who have the need to get their drink on will no longer have to head down to Main Street Ale House, Canyons or Bonefish. They will be able to drive down the hill into downtown and pick up their favorite numbing agent and get their party on.

Another deadly statistic that might go up locally will be DUI and DUI deaths.. We hope not, but if you are needing a fifth of Jack at 10pm on a Saturday, chances are you are already two sheets to the wind. BOTHEL PD: Hang out in the Rite Aid parking lot around 10pm… you might be able to hit your quota quicker than you ever thought possible.