Bothell, Wa — One thing we do not have enough of in Bothell, are HIGH SPEED CHASES! Perhaps I spoke to soon…just last night an unidentified 29 year old Bothell Man brought Bothell Police for a serious ride. The chase started North of Bothell, on I-5 when a State Patrol officer stated that he saw the driver driving “in a manner that appeared to be that of an impaired driver”. When the trooper tried to pull him over the man turned onto 405 South bound to 520, and then he went back North on 405 towards Bothell where his speed was upwards to 100 miles an hour… who hasn’t drove that fast through downtown before, right? 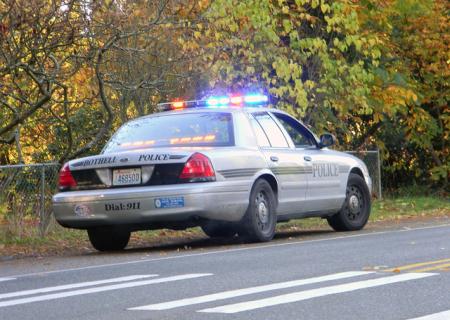 The whole chase was around 30 miles and the driver was taken into custody without any issues. A police spokesman said that the man might have been a bit suicidal perhaps due to a dispute with his girlfriend. Whatever the reason, this guy was charged with hit and run, dui, eluding, making threats to police and driving with a suspended license. The driver was booked in the SNOCO Jail and as soon as we get some details (like a name), we will release it.