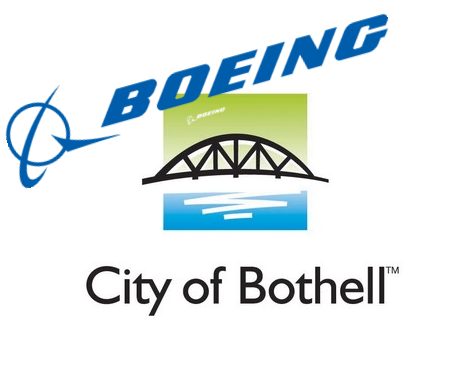 Look! Up in the sky, it’s a bird, it’s a plane, it’s, it’s Boeing.. and they are gobbling up office space in Bothell.

We have learned that Boeing has signed  leases for over 289,000 square feet of office space in Bothell. Where are these new Boeing offices going to be located? We don’t have the details, but we have heard that they have leased 4 buildings in Canyon Park, east of 405 and between 522 and 527. To me, that says the office parks in Northcreek.  Apparently, Boeing has recently leased some office space in Northcreek on Monte Villa Parkway.

Why is Boeing looking for office space? Well they have been looking for many months now and the reason is the new 777X. Apparently Everett is tearing down some of the buildings at the plant to make room for the 777X wing assembly lines.

The new Boeing Bothell office space is being set aside for the engineers that are being misplaced when their current office buildings are being demolished. We are not sure how many staff will be relocating to the Bothell but with that much square feet being allocated, there must be quite a few Boeing folks coming into the area.

This new lease agreement with Boeing also brings Bothell’s submarket vacancy rate below 10%…. not bad. Businesses are moving into Bothell and that’s a good thing.

What does that mean for Bothell? Well first and foremost, it means more business. The more people rolling through Bothell the more potential services and goods we can sell them. It means more tax revenue for the city, and it means growth…  it also means more traffic. Great.