Finally! Here is the press release sent to us by Safeway this morning. All looks fine and dandy, but look at the bolded area: 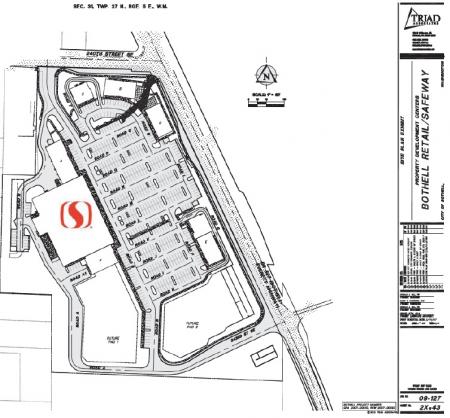 PLEASANTON, Calif.— February 25, 2011— Property Development Centers (PDC), a wholly owned subsidiary of Safeway Inc., announced today that it will begin construction on approximately 13 acres in the Canyon Park area of Bothell, Washington to develop a 150,000 square foot shopping center that will be anchored by a new Safeway supermarket. Construction will begin the end of February with an estimated completion of September 2011.

“We are excited to begin this project and bring to the people of Bothell and the Canyon Park area the superior shopping experience, convenience and retail variety that they need and deserve” said David Zylstra, Chief Operating Officer of PDC.”  Please visit our project website at www.Safeway.com/Bothell. 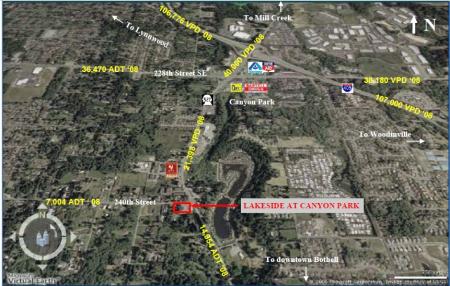 “This is going to be a special store with a broad range of products and services tailored to tastes and needs of the CanyonParkcommunity,” said Safeway President, Greg Sparks.  “We have been serving the Bothell market continuously for nearly 60 years, and we look forward to extending that record through this important project.”

In addition to the Safeway, the project will include six shop buildings with approximately 40,000 square feet of retail space immediately available for lease.  Scott Blankenship, John Booth and John Zunick with Wallace Properties of Bellevue, WA (www.wallaceproperties.com) are the listing brokers.

Property Development Centers is a national shopping center development company developing centers for and with Safeway as one of the major anchor tenants.  PDC is a wholly owned subsidiary of Safeway Inc., a Fortune 100 company and one of the largest food and drug retailers in North America, based on sales. Safeway Inc. operates 1,725 stores in the United States and western Canada and had annual sales of $40.8 billion in 2009. The company’s common stock is traded on the New York Stock Exchange under the symbol SWY.