Bothell Burglar Has Been Caught!

A Bothell man has finally been arrested on burglary charges. The unidentified Bothell man was the suspected head of a large burglar organization operating in Snohomish and King County. His girlfriend, who is accused of helping him is also in a Snohomish County Jail. The bugler ring has been in operation, working underground in our area for sometime.

How did these people get away with it for so long? Here what they would do: First, the ring leader would walk up to a house with a receipt book. He would then knock on the front door. If someone would answer, he would ask for donations and then show the phoney receipt book with fake entries from the home owners neighbors if the home owner would ask. 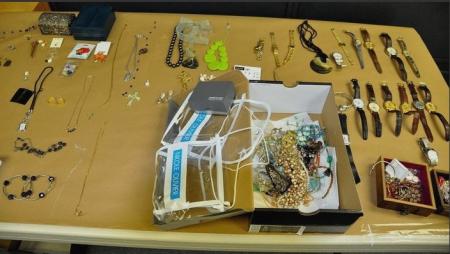 But finding the homeowner at home was not what this Bothell man and his group of criminals was looking for.. he was looking for empty houses. Once he came to a door that was not answered, he knew he had found a target. Quietly walking around the back of the home, he would find a way into the residence. The Bothell Burglar would have a number of people assisting him with his jobs.. some as drivers, others as lookouts. This criminal has apparently stolen everything from cars to $7000.00 rings.

A question we had was after he has stolen all of this merchandise, how does he “move” or sell it? For this Bothell man it was simple, He had his group of helpers take his stolen goods to local pawn shops. Most of the time when something of value is sold to a pawn shop, the Pawn Shop management will document the person who sold them the goods, as to guard against stolen goods or illegal activity. These shops have databases that are used by the police to idenfity issues. This Bothell man used his criminal organization to do the selling for him so that he would not raise any red flags.

Pretty good plan. Not bad for a guy who in October of last year stole a car in Everett and tried to spray paint it black to escape detection. The police found a half painted car and found him with the same color paint on his hands… not the brightest bulb in the chandelier.

So how did this guy finally get caught? He stole a laptop with GPS tracking software on it. (Which, as a side note we would suggest using if you have a laptop with critical data stored on it). This laptop was sold over and over again for money and eventually ended up in the hands of a teenage kid. Cops followed the trail and it lead to the arrest of the Bothell Burglar.